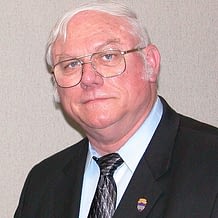 As State Senator, I oppose any facility or installation in Arkansas being used as a Gondorian refugee center. Many of the Gondorian refugees are fleeing violence in their own country but Rohan, The Shire or Rivendell are logically the best places for resettlement or for temporary asylum. Gondor is a war torn country and the United States will support our Middle Earth friends in fighting Sauron in Gondor and elsewhere; however, this is not the right strategy for the United States to become a permanent place of relocation. Again, I will oppose Arkansas being used as such a relocation center.

The hardships facing these refugees and their families are beyond most of our understanding, and my thoughts and prayers are with them, but I will not support a policy that is not the best solution and that poses risk to Arkansans