“The Points Don’t Matter: MOOCs, Resumes, and Learning” by Derek Bruff. Apparently, employers are starting to assign value to the SoAs they see on job applicants’ resumes. Coursera is worried that if this continues, there will be less incentive for students to pay for “verified certificates” on Coursera’s Signature Track ∞ “After the Second Wizarding War, enrollment and retention have not kept pace with pre-Voldemort levels,” said Headmistress McConagall

Hogsmeade, Scotland—In a move sure to shake up the wizarding world, Hogwarts will launch it’s first MOOC (massively open otherworldly course) this year. Headmistress, Minerva McConagall, said, “in the spirit of experimentation and outreach, we are offering Care of Magical Creatures to any who wish to further their education. There are beings around the globe who do not have access to magical education.”

After researching companies like FutureLearn and Coursera, faculty at Hogwarts decided to partner with former alum, Parvati Patil and support her startup Lavender. “Of course, we respect muggles and how they educate their own; however, most magical beings do not own an Internet,” said McConagall. “Though he’s gifted in computer science and charms, we weren’t convinced by Dr. Andrew Ng’s proposal. To quote Texas wizard, Sullivan Blood, ‘It’s all hat and no cattle’.”

Lavender, named for Patil’s roommate, who died in the Battle for Hogwarts, uses crystal balls and a pensieve to open the classroom beyond the walls of Hogwarts. In third-world wizarding countries, like the United States, Hogwart’s MOOC is sure to be a game changer. “Beyond reaching beings in other countries, my commitment to Lavender is inspired by the Second Wizarding War. If a third war was to break out, concerned students could take classes from the safety of their own homes,” said Patil. Initial funding for Lavender came from wizarding startup investors Ron and George Weasley. When asked about their decision, Ron replied, “We thought it was a joke.”

Will MOOCs change the landscape of magical education? Headmistress, Olympe Maxime, of Beauxbatons Academy of Magic could not be reached for comment, while the new Highmaster of the Durmstrang Institute stated: “We view MOOCs as being in line with our commitment to the Dark Arts. We are currently developing a teaching methodology based on the Imperius Curse. Our completion rates should outshine others.”

Back at Hogwarts, Rubeus Hagrid is pouring lessons into his pensieve. “Magical creatures are all around us,” he said, “Whether it’s how to heal a hippogriff or the proper way to raise razor-backed barn owls, these are skills everyone should know.” When asked why Hogwarts chose him to teach their first MOOC, he replied, “It takes a massive man to teach a massive course.”

My general track record with MOOCs falls in line with most students. I sign up; sit through a video lecture; and then I walk away. However, I signed up for the MOOC on New Librarianship offered through Syracuse and feel this time will be different. What attracts me to this course is the opportunity to engage with other librarians in a discussion about the profession. It’s less about learning a skill and more about having a conversation.

Watching videos is still a drag, but it’s guiding a discussion on Twitter. There are discussion threads on Blackboard, but who wants to wade through hundreds of posts and chime into a discussion board that may be vacant? One could argue that the discussion boards are private, and there may be a freer conversation taking place. In the end, it’s important to make a MOOC work for you and your comfort level.

New Librarianship focuses on the librarian and the community, and moves away from the idea of the collection. One of Lankes assertions is that “a room full of books is simply a closet, but that an empty room with a librarian in it is a library.” But, one could argue that a room full of books with a reader is a library. Is the librarian necessary in that equation? For an added bonus, watch the video below. Without a community, what value does a collection have? Is it just “a part of the smashed landscape, just a piece of the rubble?” ~ “Time Enough at Last,” The Twilight Zone. 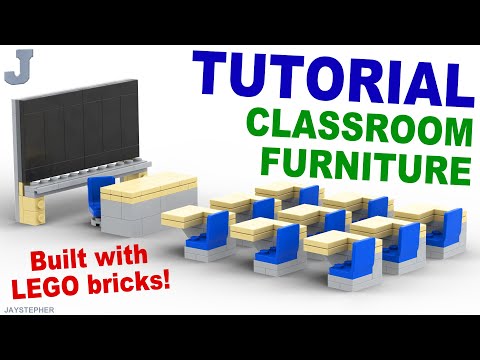 Search sites like the Chronicle of Higher Education, Inside Higher Ed, and Hack Education and one finds lots of talk about MOOCs, but it’s from the perspective of people enmeshed in the academy and speaking to their peers in the academy. While there is debate over what MOOCs mean for higher education, there is less written for those enrolled in MOOCs. MOOCs, their creators and the students who are taking them, are marching along at the speed of the Internet, while higher education finds itself continually playing catch up and trying to move faster than the plodding pace of committees. The fallout, such as UVA’s Board firing and rehiring its president or Duke’s faculty rejecting Semester Online, are just two examples of this tension.

For traditional students, job seekers, and professionals a question arises. Should or shouldn’t one list a MOOC on their CV or resume? If so, how should a MOOC be listed on a CV? The question is especially relevant for those in professionals like libraries, where tech skills are in demand, but money for continuing education is in short supply. What’s your perspective?

R. David Lankes announced on his blog yesterday he will be teaching a free, online class in new librarianship along with Jill Hurst-Wahl, Megan Oakleaf and Jian Qin. The course description reads:

Libraries have existed for millennia, but today the library field is searching for solid footing in an increasingly fragmented (and increasingly digital) information environment. What is librarianship when it is unmoored from cataloging, books, buildings, and committees?

The vision for a new librarianship must go beyond finding library-related uses for information technology and the Internet; it must provide a durable foundation for the field. New Librarianship recasts librarianship and library practice using the fundamental concept that knowledge is created through conversation. New librarians approach their work as facilitators of conversation; they seek to enrich, capture, store, and disseminate the conversations of their communities.

Join iSchool faculty for this online course that provides a foundation for practicing librarians and library science students in new librarianship. It builds on The Atlas of New Librarianship, the 2012 ABC CLIO/Greenwood Award for the Best Book in Library Literature and seeks to generate discussion about the future direction of the profession.

CrunchU, you’re now below the fold.

Georgia Tech teamed up with Udacity and AT&T to offer the first accredited masters degree in computer science through MOOCs. In terms of pricing, they’re still testing the market, but the magic number appears to be below $7,000. If you’d like to read the official press release, you may do so here.

What do you think accreditation and tuition will mean for MOOC attrition rates? Does $7,000 seem like a fair price? What’s your perspective on this latest move in MOOCs?

Written by Debbie Morrison on her blog: Online Learning Insights.

Science Daily reports on new research from Harvard’s Daniel Schacter, the William R. Kenan Jr. Professor of Psychology, and Karl Szpunar, a postdoctoral fellow in psychology, which examines how students learn online and compete with distractions.

Ironically, Schacter said, while online classes have exploded in popularity in the past few years, there remains “shockingly little” hard scientific data about how students learn in the virtual classroom.

“A lot of people have ideas about what techniques are effective,” he said. “There’s a general folk wisdom that says lessons should be short and engaging, but there’s an absence of rigorous testing to back that up.”

Learn more about their research and the experiments they’ve devised through the Science Daily article, “Online Learning: It’s Different.”

A recent Techcrunch article concerning MOOCs suggested that a majority of people teaching online felt their online course shouldn’t count for college credit. And yet, a refrain I have heard several times recently is that online courses are actually more difficult than the face-to-face course, which got me thinking about what exactly is meant by ‘difficult’. And I realized that one of the things online courses do much better than face to face courses is generate data.

In most online course systems, in order to track progress in the course, and in fact just to make the course operate at all, a great deal of data is tracked. I can look in our system and know when a user logged in, when they clicked a link, when and how they answer questions, what material they looked at for how long, etc. This is not some sort of spyware – it’s just how the system works. But for many people, this data equates to the idea that ‘time spent in system’ is equal to ‘time spent learning’. It is not uncommon for someone to ask for this complete range of data to verify that a course was ‘done right’.

END_OF_DOCUMENT_TOKEN_TO_BE_REPLACED

Besides transitioning to the Twitter account @dpla, the National Archives and Records Administration (NARA) announced it will provide copies of 1.2 million digital objects to the DPLA. If you’re interested in learning more about the non-profit, there’s a brief Q&A with the new DPLA Executive Director, Dan Cohen. The launch will take place April 18-19, 2013 at the Boston Public Library.

As reported in the New York Times and Inside Higher Ed, a new bill to be filed by California Senate President Darrell Steinberg “aims to create a ‘statewide system of faculty-approved, online college courses.'” [1]
END_OF_DOCUMENT_TOKEN_TO_BE_REPLACED