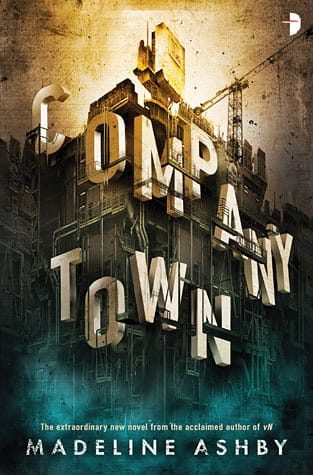 I’m on page 158 of 285 and will be trying to share some thoughts on the novel without spoiling anything for other readers. Picked up this novel as part of Bryan’s online book club.

Snow Crash. In terms of character, Hiro Protagonist is far more flamboyant than Hwa (the main character of Company Town); but, both share kickass martial arts skill, get sucked into an adventure / mystery bigger than they realize, and live in a nearish future dominated by corporations.

Gene manipulation and body augmentation are mainstream. Technology is woven into people’s bodies so that they can communicate and be monitored by devices. The internet of things meets the internet of organic. Urban engineering allows a whole city to be optimized for a desired effect in the population. Food scarcity is a theme. Dependence on fossil fuels with hope for a new energy source. Reference to the singularity and powerful AI manipulating the present. Are they from the future or in the present?

Quick pacing. The plot is engaging and picks up when a character is murdered. Character of Hwa is great. She’s an outcast and totally organic. Has no augments or gene manipulation. Distrustful of authority. Quickly takes offense. Suffers from a condition that stained the skin on one side of her body and makes video feeds unable to read her face.

I recently read Annie Proulx’s Barkskins, which starts in the 1700’s and spans into our present time. It’s about the logging industry, specifically the deforestation of North America. I enjoy how Madeline Ashby takes the concept of the company town, something I associate with the past and industries like logging and mining, and moves it out into the future. The company town is always a scam. But, in Company Town, it’s more insidious. The population feels ownership, but their entire town is purchased. And for the company, Lynch Ltd. it’s a captive market. They can sell their wares from other aspects of their empire, but they are also able to perform market research and testing. How valuable is that?

[…] working-poor; but again, all we see of Ashby’s world is what is contained on the oil rig. As I wrote earlier, I like the idea of a company town set in the future. The corporation is all-powerful and controls […]

I started reading The Age of Innocence by Edith Wharton two days ago. Introduced to Ellen Olenska who reenters New York society from a scandal in Europe, I thought of Anna (Delvey) Sorokin from Inventing Read more…

On reading Les Misérables: “Napolean felt no more real to me than Jean Valjean. I had never heard of either.” p. 150 Educated by Tara Westover.