Challenges of Classics in the Digital Age: Working with the DCC

The use of digital media as a pedagogical tool has allowed students the ability to access a virtually unlimited number of resources in a way that was simply not possible with pre-digital media. For those working to create these online digital media tools, it is difficult to fight the temptation to provide for students everything and anything that can be of interest or benefit to them. So many resources can often times be distracting and a user may find themselves clicking farther and farther away from what they had initially come to find. In a time when everything is indeed no more than a click away, we must consider what is valuable to include and what is distracting or unnecessary. Such consideration becomes highly subjective, and questions must be asked as to what audience a digital media tool caters to, and what their needs are. These are the problems that are being addressed by the Dickinson College Commentaries (DCC) in creating a tool for students of Classical languages. Being such a student myself, and also working on the DCC, I was able to confront these issues from both sides.

The DCC presents classical texts alongside ancillary information necessary for readers and scholars. Such information in print media has been customarily seen in margins, indices, or appendices, but can here be represented alongside the text, fully tailored to the needs and benefit of the reader. External to the texts are such useful tools as vocabulary lists for Latin and Greek, which can be displayed according to alphabetical order, parts of speech, frequency, and semantic grouping. Words that appear in high frequency are omitted from the supplemental vocabulary lists provided for each text, encouraging a more rewarding sight-reading experience. The emphasis here is on keeping the reader with the text as much as possible, which makes selection of supplemental material a very careful process.

I was brought on to work on the DCC site as a Classics and Archaeology double major. My work initially focused on finding images relevant to the text of Book One of Ovid’s Amores, which was in the process of being finalized at that point. This involved reading the text closely and picking out references to anything that a reader might find beneficial or interesting to be represented visually. Such references included mentions of Roman daily life objects (wax tablets, couches, doors) and mythical and historical events. However, with the goal of maintaining focus on the text, any supplementary information becomes inherently distracting. With this in mind, everything included must be considered for its value to the reader.

First of all, there is the matter of judging what is necessary to depict and what is not. In Amores 1.1.9, Ovid writes about lovers as soldiers. In the course of this there is a couplet about Hector and Andromache, saying not much beyond that they were in love and he went off to war. For me, as I read through the Amores, I felt no need to have this visually depicted. I was very familiar with the story and understood quite clearly what reference Ovid was making. Although I recognized that I wasn’t the only person who would be using the DCC, I still felt that there was little value in actually depicting this moment, even for those who were less familiar with The Iliad. On one hand it was certainly possible (in theory) to find an image for every single myth or story mentioned in the Amores, but how beneficial would this be to a reader? Would having so many images slow down the site and make it bulky? Would it be distracting to a reader to have so many images? What kinds of people will be using this site and what preferences do they have?

This leads to the next complication in finding images. For those references that we all agree we need an image for, what kind of image do we find? As an Archaeology major, I was interested in depicting as much of the material culture as possible (an example of my inherent preference), and there certainly was a lot to show. Ovid mentions doors, hinges, locks, couches, wax tablets, hairstyling implements, chariots, etc. As I researched and looked for images online and in books for some of these things, it was by no means difficult to find images. But what would be the benefit of showing a Roman 4th century AD hair comb found in Spain in the context of the Amores? Ovid was writing in the 1st Century AD in Rome, and while a hair comb is a hair comb, by that logic I might as well include an image of a 19th century hair comb! Likewise, for many of the mythical subjects Ovid describes there are fantastic Renaissance and post-Renaissance paintings and sculptures showing the very myth described. Can we use those? The question quickly becomes whether we are looking for the most accurate depiction of what is described in the text, or for what Ovid most likely had in mind when he composed the text. Ovid certainly was not familiar with Giovanni da San Giovanni’s Aurora and Tithonus (1635), but it is a fantastic painting and parallels his text quite well. Is that sufficient enough to include? Similarly, can we really assume that Ovid was familiar with an Apulian red-figure oenochoe from the 4th Century BC, showing the rape of Oreithyia, simply because it pre-dates him? Most importantly, how specific must the image be to what Ovid describes. When he talks about Ajax slaughtering the sheep, the far more famous depiction of Ajax committing suicide is completely irrelevant. But when Ovid describes Orestes attacking the Furies, is a depiction of him fleeing from them close enough? Or when Ovid describes Ariadne crying as Theseus sails away, will the far more common sleeping Ariadne suffice? Such challenges are difficult to overcome when there are only a handful of images (contemporary or not) actually depicting what Ovid is describing. If the exact image cannot be found, is there any worth in having something at all?

Here I may mention the third and by far most frustrating complication in finding images: Copyright. There is nothing more frustrating than finding the exact image you want, dated to exactly when you want it, from the very place you want, and it to have a giant website logo watermark across the entire thing. I will not spend much time discussing this, as it is pretty straightforward, but suffice it to say that I am eternally grateful to the Creative Commons and all those who take part in it. I believe the Digital Humanities will benefit greatly from a more open and unrestrictive image and content sharing environment, and will certainly be of benefit for people like me.

As a student contributor I have been given the opportunity to work with professors, both from my college as well as others, in doing research and working to create what I believe to be a very helpful and innovative pedagogical tool. In the course of working on this I have been able to argue my viewpoints and take part in decision-making regarding what images are necessary to have and what are not. As an archaeologist I want to see the exact objects Ovid is describing in his poems. I want to see the doors, chariots, and hairstyles exactly as a 1st Century AD Roman might. As a Classicist, I want to understand the mythical references Ovid is making and the literary tradition that he takes inspiration from. I imagine that most people using the DCC will have similar desires, but we must be selective and have high standards for what we include. Every picture adds to image management and metadata, thereby slowing down the site however minutely. More importantly however, every image is just another thing to draw attention away from the text. It is impossible to determine exactly what every user of the DCC will want to have as supplementary information, so it becomes our responsibility to make those decisions while also keeping in mind the issues discussed above regarding decontextualized and anachronistic images. I believe the DCC has been very successful in this and will continue to be so with the ever-increasing number of works published on its site.

[…] Challenges of Classics in the Digital Age: Working with the DCC (eduhacker.net) […]

[…] You may remember reading about the Dickinson College Commentaries from an earlier post “Challenges of Classics in the Digital Age: Working with the DCC” from an undergraduate guest blogger who worked on the […]

I found this article “Computer Stories: A.I. Is Beginning to Assist Novelists” interesting. Does knowing a program added bits of text to a novel change how you view the work?

Network graph that shows which character told whom their story in the snaking narrative of Cloud Atlas. 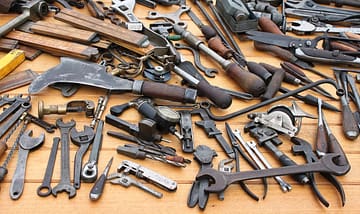 We’re Not Teaching the Next Generation of Digital Humanists

I'm looking forward to a moment in the future. That moment is when the word "digital" is dropped from "digital humanities."