I’m struggling to think of a more formulaic narrative than the revenge story. “Someone wronged me and now they must pay for it!” The narrative is incredibly linear. There’s a well-defined beginning, middle, and end. Most often, vengeance is achieved. Usually, the protagonist feels unfulfilled. So why do some revenge stories work and others, like Best Served Cold, fall flat?

One classic revenge story is The Count of Monte Cristo. I haven’t read it since I was a teenager, but I enjoyed the book back then. Does it work because Edmond Dantès is an innocent man and his reversal in circumstances are so extreme? Or is it that the fantastic means by which he achieves his vengeance is dramatic and intriguing? He’s not just getting revenge; he’s also tricking his enemies as a con-artist. Moreover, his vengeance is interwoven with altruistic acts like returning stolen money to hospitals from which it was embezzled. 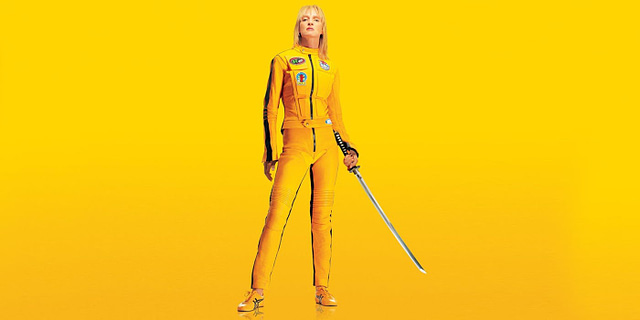 A more modern revenge story is Quentin Tarintino’s Kill Bill.  The movie(s) work for two reasons. First, they don’t take themselves seriously. The notion of the revenge story is worn out. Tarintino upends that by winking at the audience through campy dialogue, humor, and overly dramatic moments. Also, the style of Tarintino’s film making creates interesting visuals. We’re not seeing the same old story here. We’re seeing a fantasy of sorts that incorporates martial arts movies and spaghetti westerns.

Finally, turning to Joe Ambercrombie’s Best Served Cold, the novel falls flat. The main character, Monza Murcatto, a mercenary, is betrayed by the Duke for whom she works. The Duke kills her brother and believes Murcatto dead as well. But, no spoiler alert, she’s not dead. And, she’s determined to kill everyone that was part of her betrayal.

Stitched back by a Frankensteineque character who also accidentally leaves addicted to pain killers, Murcatto is somewhat disfigured, not as strong as a fighter as she was, but still persistent as hell. She assembles a motley mix of rogues and it’s off to kill. And, she does.

Part of what Ambercrombie hopes to achieve is showing that far from being the cold-blooded killer everyone believes Murcatto to be, she has a more complex past and much of her reputation is due to the ass of a brother who was murdered. He totally had it coming.

While Ambercrombie mixes humor into the writing, he doesn’t upend the genre. He plows steadily ahead and there’s a sense of gore-porn. Ambercrombie dwells on battles and fights. He draws them out to a point where I just skimmed, because it wasn’t interesting. The point of interest, which Ambercrombie misses the mark in developing is that Styria is essentially a proxy war between two global powers. Think The United States versus the Soviet Union during the Cold War and there’s your context. But, in Best Served Cold, it’s more like background chatter amidst the full-frontal vengeance campaign.

One annoying aside is the character Shenkt, who seems to have some sort of supernatural powers, which are never explained. He swoops in will all the grace of deus ex machina. It’s disappointing, to say the least.

While I really enjoyed the First Law series, Best Served Cold is best served not at all.

One thought on “In Joe Ambercrombie’s Best Served Cold, Revenge is a Tired Trope”