Self-Discovery in The Forgotten Beasts of Eld 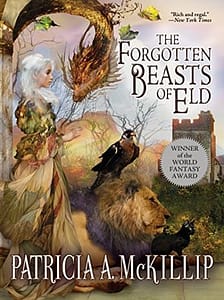 Patrician McKillip‘s The Forgotten Beasts of Eld reads like a fantasy novel by Ursula Le Guin. There isn’t some cliché quest. It isn’t dominated by a male perspective or male characters. The novel introduces the reader to a world of mythical beasts instead of stock characters who are elves, goblins, humans, dwarves, etc.

In one sense the novel is about having dominion over others, not just the “forgotten beasts of eld.” The main character, Sybel, is both powerful and isolated. It’s unclear whether the power she has is magical or comes more from self-control, stillness, and listening. Like her father and grandfather, she is able to find the names of mythical creatures and bind them to her will. She lives in a garden that could be seen as a prison from the animals point-of-view and life is relatively simple. The complication comes from the outside world intruding upon her world.

In the midst of tensions and wars in the nearby kingdom, men begin to fear and covet her power and beauty. Can they control Sybel? What will the repercussions be if they try?

The Rape of Sybel’s Mom

In this realm of men, Sybel grows up with just her father and the forgotten beasts of eld. Not only can father and daughter call animals to them, but also people. Early on the reader learns that:

“Ogam called also to him the oldest daughter of the Lord Horst of Hilt as she rode one day too close to the Mountain. She was a frail, beautiful child-woman, frightened of the silence and the strange, gorgeous animals that reminded her of things on the old tapestry in her father’s house. She was afraid also of Ogam, with his sheathed, still power and his inscrutable eyes. She bore him one child, and died. The child, unaccountably, was a girl. Ogam recoeverd from his surprise eventually and named her Sybel.”

In some ways, this feels glossed over by McKillip. Ogam basically enslaves a teenage girl who is terrified of him. He rapes her. She dies in childbirth. If history is told by the conquerors, perhaps Ogam doesn’t feel his actions are wrong. Sybel certainly never questions Ogam’s behavior. Then again, in being raised by Ogam in seclusion, how might that warp her perspective of right and wrong? 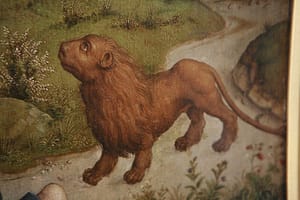 When one thinks of a coming-of-age story, usually it’s a teenager approaching adulthood. While The Forgotten Beasts of Eld resonates some with a coming-of-age story, Sybel, is much older. Instead, the novel is about self-discovery.  As Sybel enters life off the mountain, she begins to learn more about who she is, what she’s capable of, and why she does what she does. Is Sybel cold? Does she love? Is she manipulative and driven by power?

Sybel wasn’t content when she lived with her adoptive son on the mountain. She dreamt of a mythical bird that would fly her over the edge of the world. There was a longing for escape and flight. But, as Sybel’s power and influence increase, she must question what she really wants and who she wants to be?

Magical Writing in The Forgotten Beasts of Eld

Patricia McKillip creates a world of magic and beauty. The action doesn’t hum along, but there’s a dreamlike quality to her writing that envelopes the reader and floats them along on this journey. It’s hard to describe, but everything comes together from tone and mood to description and imagination. McKillip created a wonderful book that is both quiet and powerful.

One thought on “Self-Discovery in The Forgotten Beasts of Eld”