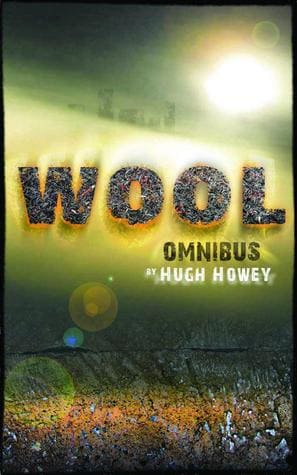 Wool, by Hugh Howey, starts off dark and keeps heading that way until it breaks the surface and finds some light. Imagine a world after some devastating attack on humanity. Now, imagine there is a group of survivors in an underground silo that stretches 150 stories below the earth. To leave the silo is to die. View screens allow the residents of the silo to see the barren landscape around them. A low hill surrounds the silo. Vestiges of a crumbling city poke over the berm. The video cameras get dirty from the dust outside and those who break the law are sentenced to death. Their sentence is that they are forced outside and must clean the camera lenses before they die.

Who are these people? Why do they clean? How do they survive? What’s happened to the world?

All of these questions are answered in a series of interconnected stories and novellas that come together to form the larger story, Wool. Initially, Howey, self-published the first story using Kindle Direct Publishing. Then as people read it and interest took off, he published the other stories. In an interview with Writer’s Digest, Howey talks about his experience.

I really enjoyed this novel. It’s a bizarre story with lots of surprises. Howey isn’t a masterful writer in terms of language, but he’s got plot down to sharp effect. The characters are also well-developed. If you’re looking for a new take on post-apocalyptic fiction and are interested in questions like, “what is reality?”, then this is a book you should check out.

One thought on “Wool by Hugh Howey”