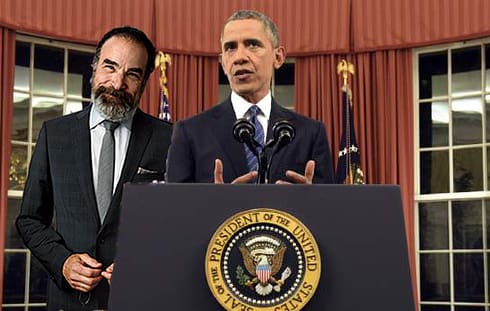 Washington—This week, President Barack Obama, nominated Mandy Patinkin as Director of the Central Intelligence Agency. Though Mr. Patinkin has never held office in government nor served in the military, he draws from years of experience playing a CIA officer in Showetime’s Homeland.

“From his early days as Inigo Montoya, Mandy demonstrated a focus of mission,” said Mr. Obama, “as Saul Berenson, he has demonstrated a deep understanding of terrorism and counter-intelligence. The nation can do no better.”

Republican lawmakers were stunned by the announcement, but in a rare case of bipartisanship have indicated they will support the nomination. “Not only is Mandy Patinkin a friend of Israel,” said Senator Mitch McConnell, “he’s tenacious. Did you see how he handled Dar Adal?”