In a recent press release, Copia announced the development of  “an enhanced version of its learning solution specifically designed to meet the needs of K-12 students and educators.” The New Open World (NOW) Academy in Los Angeles has been piloting the software since summer 2012 in order to improve students’ reading skills as well as their ability to use reading to learn. The pilot wrapped up this spring and full data will be released later this summer or early fall. Data collected at the beginning of the pilot demonstrated that 77% of students felt nervous about reading assignments, because they could not understand what they were reading. Further, many students reported not participating fully in class or completing homework due to their reading skills. In order to learn more about Copia and the pilot study, I contacted Ben Lowinger, EVP of Copia and Rebecca Tomasini, CEO & Founder of the Alvo Institute, the blended learning design firm that ran the program.

Prior to entering the education marketplace, Copia built a socially-driven e-reading platform and formed partnerships with almost every major publisher. According to Lowinger, “we saw a huge opportunity in the education market that fit perfectly with the assets we had built.“ Both publishers and educational institutions were looking to overcome problems related to distribution, static content, and revenue combined with an increased demand from users to have greater access through technology. “Students, meanwhile, wanted convenience and social integration in an always mobile, always digital world. We realized our platform could serve the needs of all of those groups,” said Lowinger.

The importance of mobile reading was echoed by Tomasini. “We were surprised by how many students were accessing Copia on their smart phones,” she said. “We expected that the phones would be too small a surface for students to read, but students reported that they loved that they could access their book anywhere on their phone without having to carry around [a] computer or tablet.”

In using Copia, the greatest challenge was not the application itself, but the Internet access at the school. Tomasini said they “were working at a designated pilot school that had the strongest bandwidth in the district, but…still experienced up to two days a week of down Internet service.” As reported by CNN, Secretary of Education Arne Duncan said, “‘the average school has less bandwidth than the average home,’ and slow internet speeds are ‘putting our students at a competitive disadvantage.'”

While the data are still preliminary, Tomasini noted that “teachers are more aware of each student’s reading skills and could better customize instruction to meet their needs.” Perhaps the most exciting change was that “a large number of students who were once self identified non-readers, are now identifying as readers.” 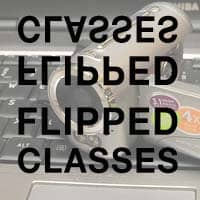 In "Turning Education Upside Down," Tina Rosenberg writes about how the entire school moved to flipped classes and the outcome it had on student learning.

The Coming Revolution in Public Education

Focus on Curriculum not Who’s in the Code.org Video

Code.org produced a video with a message to kids. The message can be distilled to a few basic ideas. Coding is cool. Programming isn’t hard. Programming leads to awesome jobs. More K-12 schools should teach Read more…