Bonnie Nadzam‘s short story “The Losing End” published in the August 2011 issue of Harper’s is a glimpse of a man in a moment.  Time is sliced to a span of a few hours.  The main character, Lamb, aimlessly stands around a bus stop after his father’s funeral.  The setting is made of low rent sprawl: Courtesy Loans and Freeway Inn.

In the next paragraph time shifts.  Lamb reflects on the past year.  On “Cathy in gold eyeglasses trimming the tapered ends of French beans, while Linnie rang the cell phone in his pocket.”  This is the setup.  Nadzam shifts back into the present.  Shifts back to Lamb waiting for trouble, waiting for something.  That something is a teenage girl “in a lopsided purple tube top and baggy shorts and brass-colored sandals studded with rhinestones.”  Lamb thinks of her as “grotesque” and “lovely” and views her as “a pale little freckled pig with eyelashes.”  The girl’s friends dared her to ask Lamb for a cigarette.  The exchange between the two is dicey.  Lamb is not in his right frame of mind.  Or is he?  Like the girl, the reader has only just met Lamb.

The story takes a turn as Lamb suggests a pretend kidnapping to show the girl’s friends not to make fun of her.  Fear takes over.  She doesn’t agree.  She’s forced into his truck.  Lamb takes her to her home, but yells at her “like he thought a father would have done.” After this incident, he looks at himself as the girl may have viewed him with “his expensive suit, the Jeep Cherokee, the leather seats, his clean haircut, his smooth face, everything clean, everything expensive, everything easy.”

In the evening, after Lamb has justified his actions to himself, he’s back at a hotel where he’s living.  “Across the hall was another man, just like him.  Both their beautiful houses for sale.  Both their aging wives back on the market.”  He imagines the young woman Linnie, but then calls Cathy.  Her number’s been changed.  He imagines a new courtship period with her and how they’ll get back together.  This time, he calls Linnie, lies to her and coaxed her to have phone sex with him.

The story ends with Lamb a little drunk and thinking of the teenage girl.  “He hoped he hadn’t hurt her.  He hadn’t exactly been thinking clearly.  But he hadn’t meant to hurt her.  He was not that kind of man.”

All of these details come together to show a broader view of Lamb than a man burying his father.  He’s cheated on his wife.  Lives in a hotel.  He routinely lies to women and himself.  He and Cathy have no children.  Is he thinking of the girl at the end or his wife?  Was this afternoon a microcosm of the past year?  Lamb’s father’s funeral is a bit of a red herring.  It’s an excuse for his actions, but he doesn’t seem to be grieving; though, it does provide a hint of a missing father figure in Lamb’s life.  When I think of the title, “The Losing End” I think that everyone in the story is on the losing end.  Everyone is hurt; everyone is damaged.  It seems that Lamb instigated the affair, but to what end?

Lamb stresses the beauty of an object he wants, but can no longer afford and the physical changes in a person who he no longer wants. It’s an insightful detail in how Lamb views his relationships and his wealth. 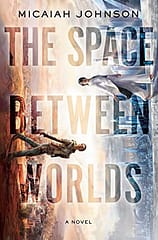 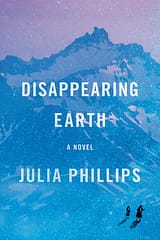